I want to say thank you to those of you that have purchased my new book “Scribblology” from Amazon. Thank you for the kind words about it too, I’m shocked by the positive comments about it, but glad you liked it.

This week has seen the my latest project reach a wonderful conclusion.

Let’s start at the beginning. Back in early December, I picked up my virtual quill and began to write some more scribbles again; something that I hadn’t really done since I put the finishing touches to my last book, “Behind The Mask”. I also started on a different writing path by telling my life story, which has a working title of “Life Before the Social Media Generation” a project which I’m still only halfway through. I was happy to take a break from it, as it was really emotionally draining to write and it was starting to have an adverse effect on my health.

Having started to scribble again after a break of nearly ten years, I was unsure as to whether I still had the ability to do it. Would I still have anything of relevance to say anymore?

There was one thing I had to write about now and that was that since my first book, I had finally found out I was autistic and had started blogging about it. I had also started doing a podcast covering the same subject. This gave me the idea to write and share a piece of poetry at the beginning of each podcast as a way to test the water, so to speak, and see if I still had it in me.

I started getting feedback from various sources about the new pieces of work I was beginning to put out. Most was very encouraging; some said it was very fierce, even angry; some suggested that I could put my new style to music.

This was just the spark that I needed to get back into the game and begin a brand new project, full of scribbles that I feel are an improvement on my last book. So, over the last few months I’ve been writing about all sorts of subjects and I’ve even got an up and coming spellcaster – D Burton – on board to look at some of my work and remix it with a unique flavour and style, and boy was I impressed with the results.

So after getting the work together and having Mrs Bob proofread and even drop a great scribble herself, we just needed a title for this project. It had a working title of “Through the Mask” but I wasn’t using that as it didn’t feel right, so during a brainstorming session with Mrs Bob, we came up with a name for the book we both agreed was pretty dope: “Scribblology”. And the rest, as they say, is history.

The final copy of my new anthology titled Scribblology, has gone to the publishers for a final check through. I would like to say a huge thank you to Mrs Bob for working so hard to make my scribbles readable and checking everything over, I’ve not been the easiest person to live with of late, but I appreciate everything you’ve done for me baby.

I’m sure that, by now, you’re aware that I put together a fortnightly podcast based on my poetry and autistic subjects. Wait… you’re not!? Well we’ll wait while you pop over to Podbean or iTunes and catch up, Podbean LinkiTunes Link

Now that we’re all caught up, I want to ask you guys for your help. I’d like your suggestions for topics you’d like to hear discussed on the podcast.

Coming Soon! Mrs Bob is working with me on the final touches of the contents of my next anthology. Stay tuned. 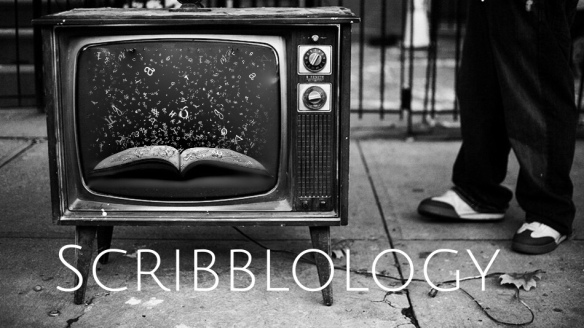 The more time i spend on various autism forums and pages on social media, the more I’m noticing a very disturbing trend that is appearing out of the woodwork and from the shadows.  It’s a habit of trying to label various types of individuals on the spectrum in a negative and often rather hurtful way.

Only today did I come across the derogatory terms “Shiny Aspie” and “Aspie supremacist”; both of which were new to me. I had to look them up to see what they meant, and I was both shocked and disgusted to find this:

“Shiny autistic” can also be used to refer to a high-functioning individual who believes that they are being discriminated against and do not need a cure, but believes that low-functioning autistics are all living ‘tragic’ lives and require a cure. In this usage, the term is derogatory, whereas in the other usage it is apparently not.

Aspie Supremacists get their name from two core beliefs that all Aspie Supremacists seem to subscribe to. The first is that “aspies” or “high functioning autistics” are not disabled, and don’t need to be cured of their Autism. Some apparently take it a step further, claiming that the shining beacon of logic and intelligence that is the aspie brain is superior to the illogical, emotion-clouded neurotypical brain and that aspies are the “next step in human evolution”.

As someone with a diagnosis of Aspergers Syndrome, I do not agree with either of those terms; nor do they represent me at all. I honestly find this kind of derogatory name-calling and singling-out of certain Autistic individuals because of where they fall on the spectrum to be utterly disgusting and counter-productive. We should be trying to help and support each other; we should be trying to stand together and raise awareness and our voices as one.

Unfortunately, while this childish labelling, name-calling and school yard behaviour continues, we will never have a firm and solid foundation on which to build, and raise some genuine awareness of autism in all its forms.